Competition for Jessa Hospital in Hasselt 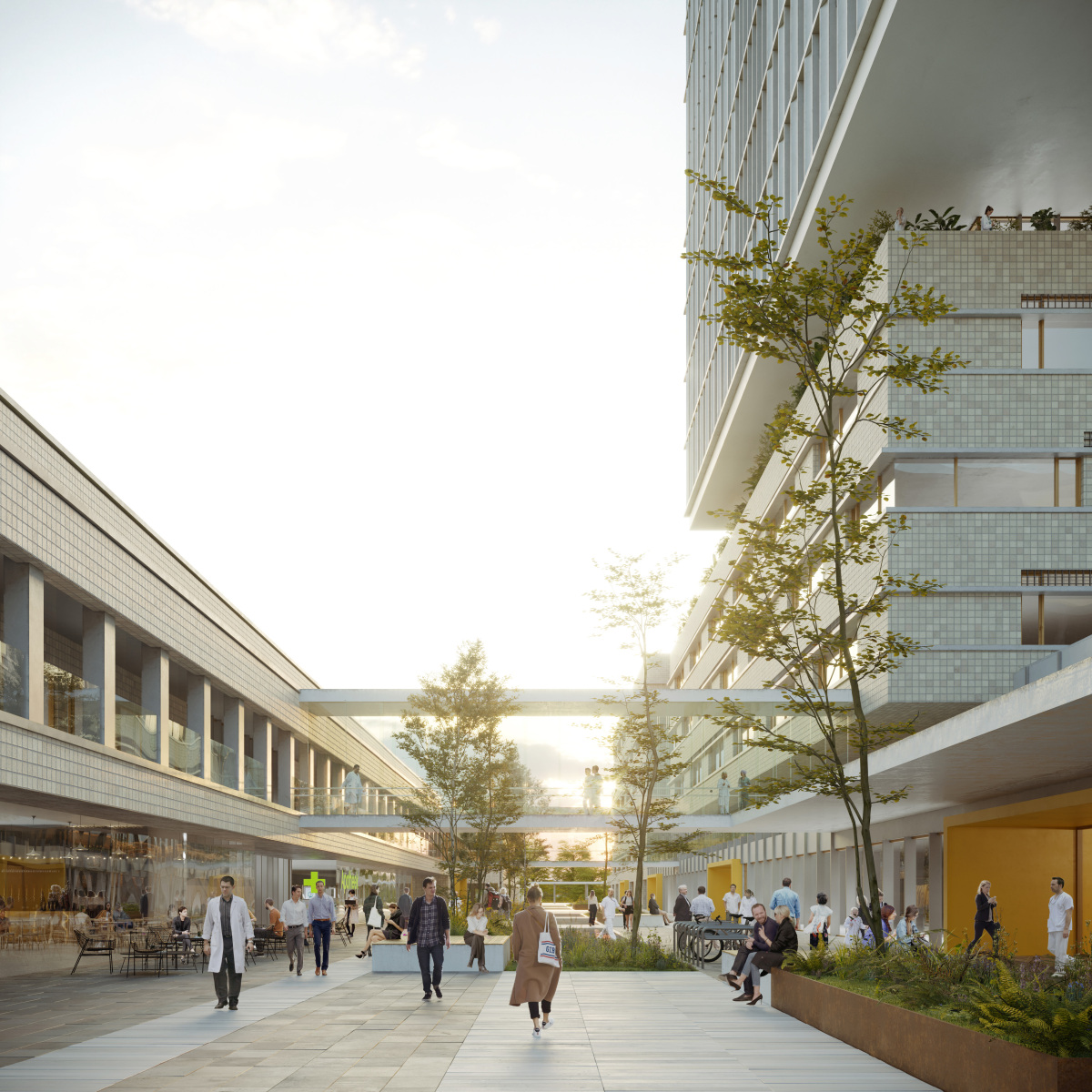 The proposed master plan places the new hospital and its infrastructure in connection to the city, but also in a large newly constructed park landscape. The master plan defines clusters for research, education and medicine and will be a tool for including multiple actors - main stakeholders as well as residents. The participative aspect of involving all these actors  is an important part of our approach.

The core of the concept of the Jessa hospital is a Boulevard with health care facilities – running like a beating artery through the entire complex. This intervention ensures that the hospital is not an isolated building but seems to be located in a street, as if it is nestled in the city itself. This boulevard provides access to the hospital, the public space and numerous public and urban amenities.

In the architectural elaboration, we make a distinction between the hotel and the motel- the buildings accommodating long-stay and short-stay patients respectively. We organize the departments around spacious half open patios which link the interiors to the surrounding landscape and gardens. The long-stay rooms even have outdoor terraces facing the park. Biodiversity, light, orientation towards the East, peace and tranquility are elements derived from evidence-based design concepts that add value to patient recovery and staff efficiency and that determine the organization.

1. More than a hospital

We are convinced it is a moral responsibility to use the public funds provided for more than just the construction of healthcare infrastructure. To enjoy the qualities of the city, we implant the hospital near the Luikersteenweg and connect the soft and public traffic to the existing infrastructure. Here the city can already be experienced. We cleverly divert car traffic and supply via the Voogdijstaat on the side of the motorway.

2. Together with Hasselt University and PXL University of Applied Sciences.

We interpreted the process (from planning to construction) as an incubator and accelerator for the anchoring of knowledge with regard to care and well-being in the region. Hasselt University and PXL University of Applied Sciences were represented in our team. Thus, the added value of this investment by the government is more than an investment in bricks and mortar. It forms a foundation for academic and applied research, knowledge building and sharing that will benefit a generation of researchers and students.

We strove not for a sprawling hospital, but for a compact building with extremely short walking distances that is efficient and cheap to run. A medium-height building, respectful of its surroundings and with an optimal relationship to the new city park to be constructed, designed by the internationally acclaimed urbanist and landscape designer Paola Viganò.

We start from the preservation and integration of the existing valuable park, but also from the current hospital building, which can be reused in a circular way. This can be done by accommodating a number of the hospital's ancillary functions. In addition to student accommodation, the educational institutions can also house their skills labs, classrooms and auditoriums in it under the motto: ‘Let's reuse what's good’. After all, the cheapest square meters are the ones we don't need to build.

5. A future-proof environment with a growth perspective

Our design resolutely preserves Pietelbeek-Zuid as a green lung and future new city park. The research buildings that the hospital wants to realize are integrated along the motorway on the Salvator plus site. They benefit from a commercial location along the motorway and they form an attractive urban transition between Ekkelgarden and the smaller-scale residential developments nearby. The hospital thus has room to expand or to accommodate a number of ancillary functions. 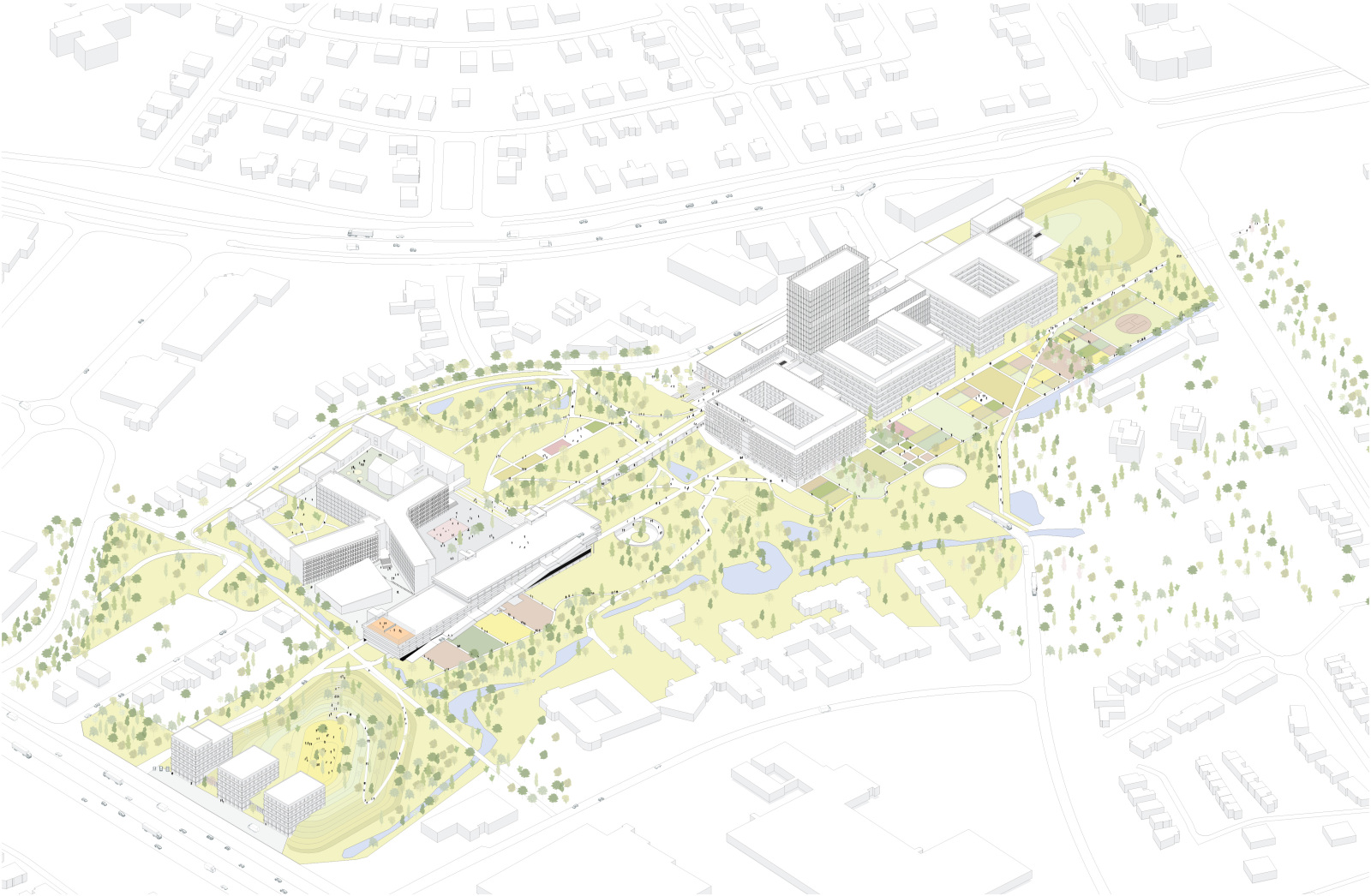 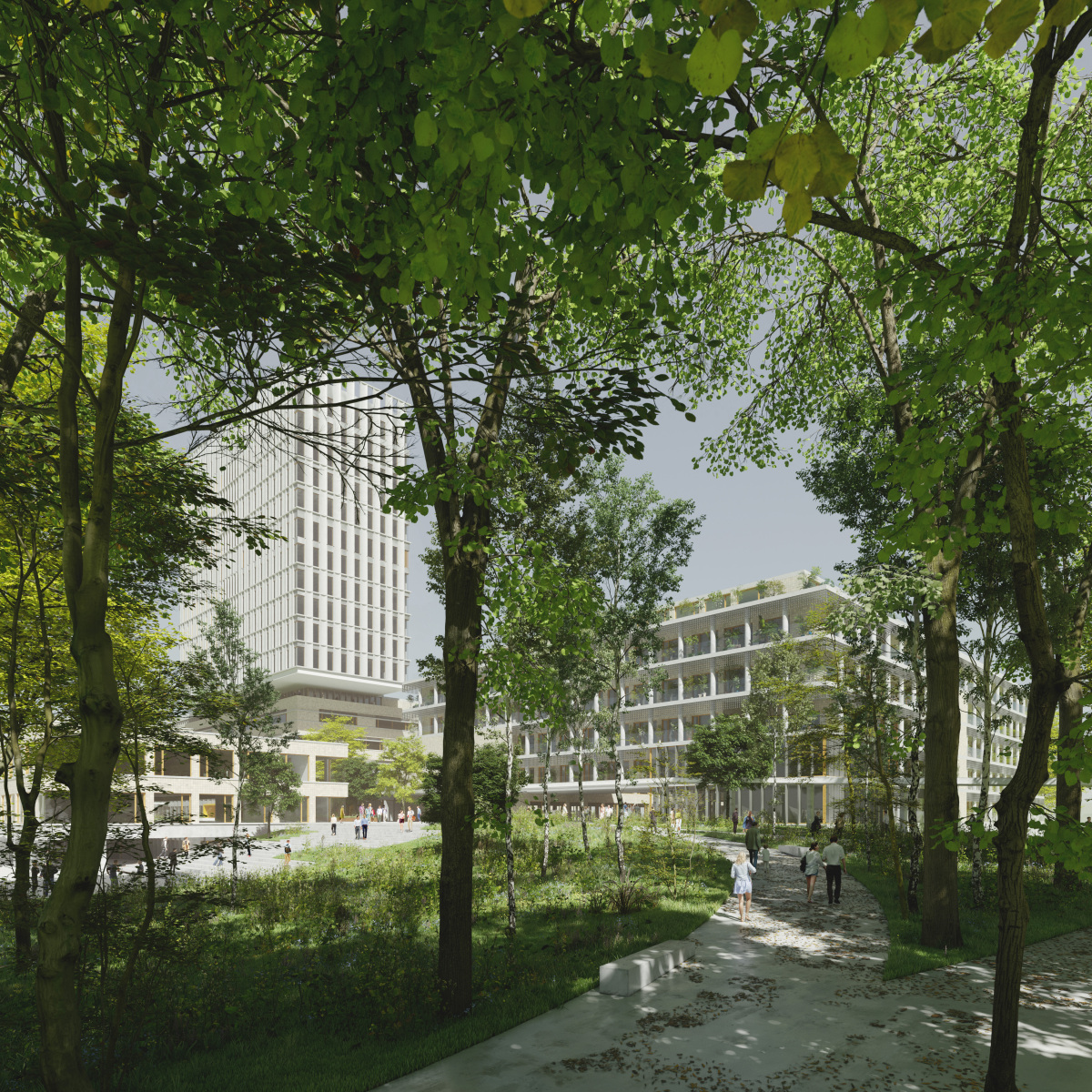 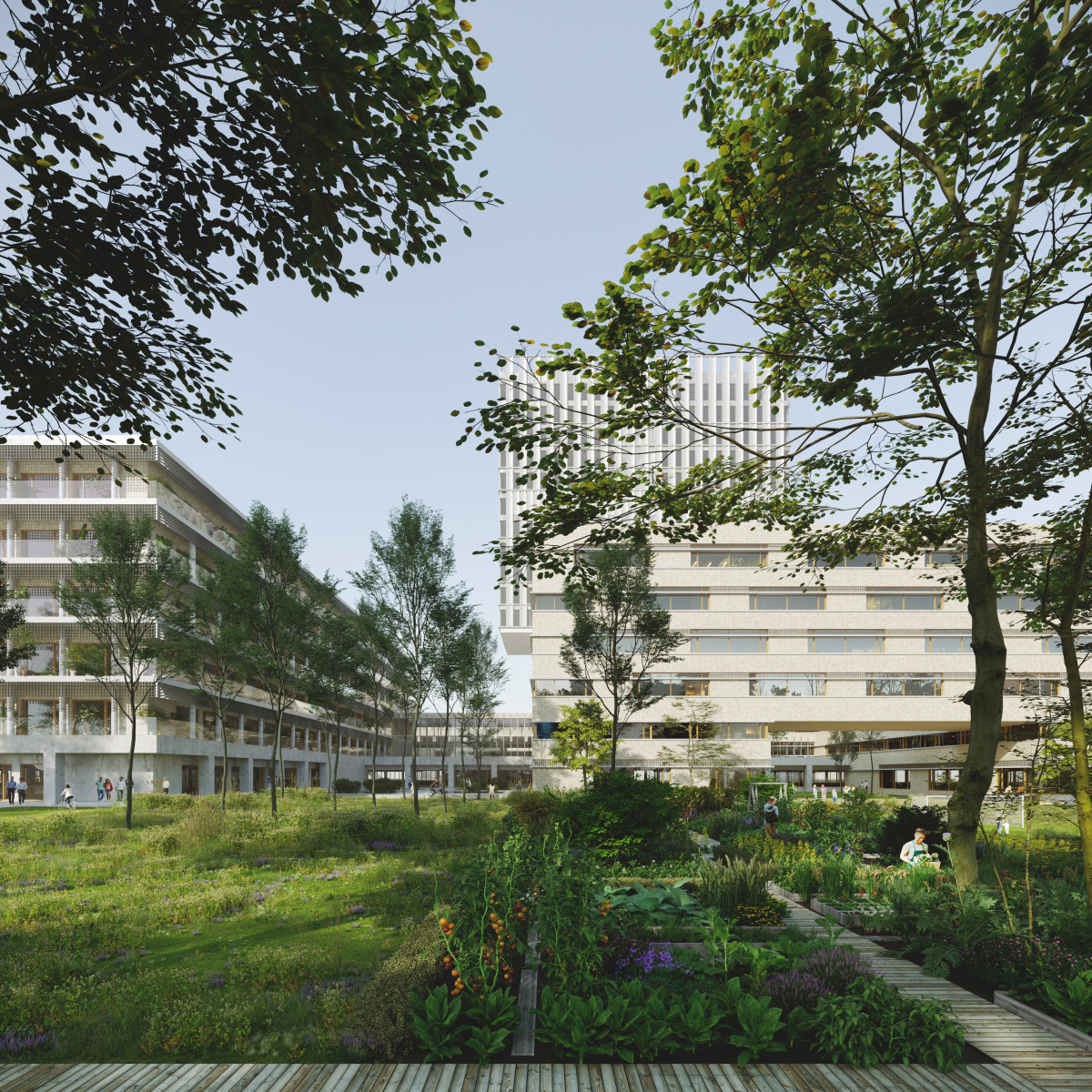 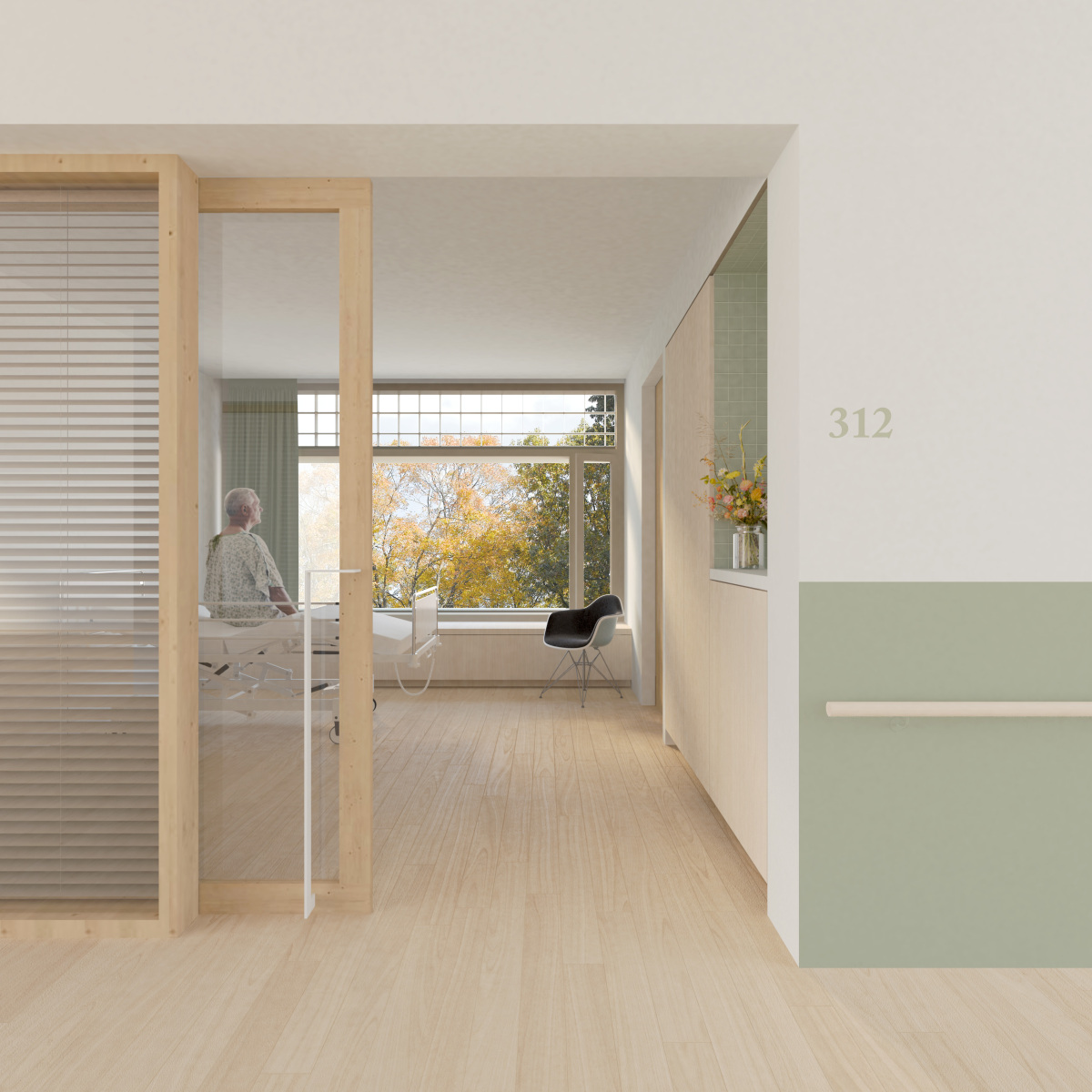 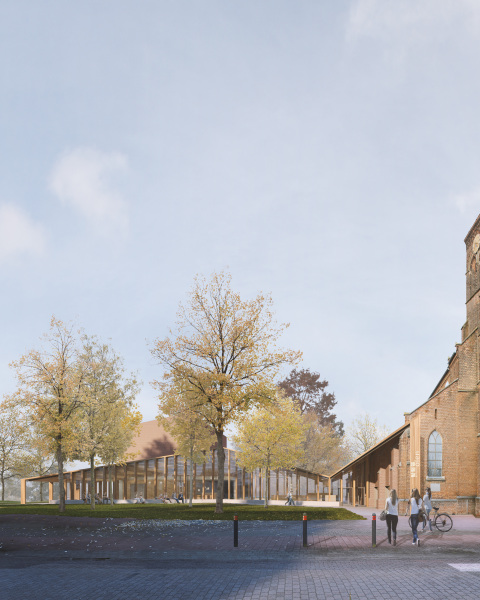 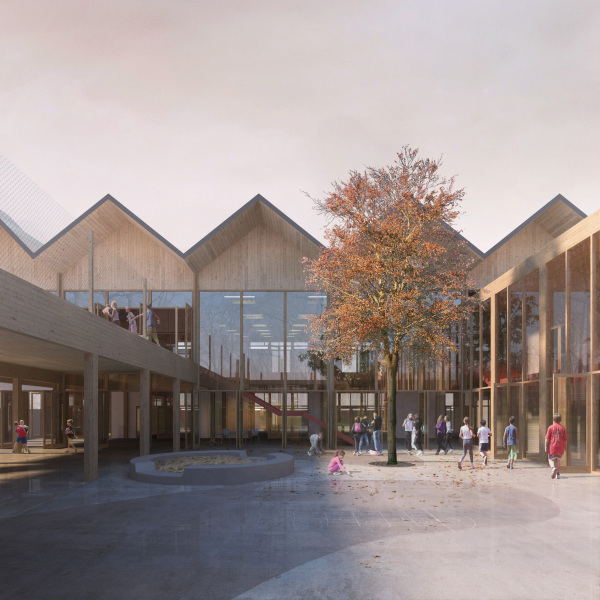 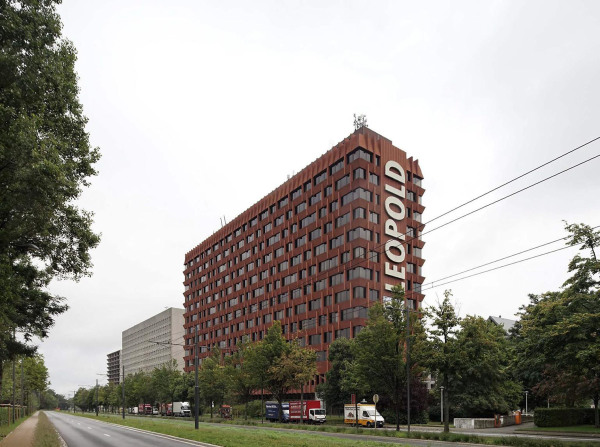