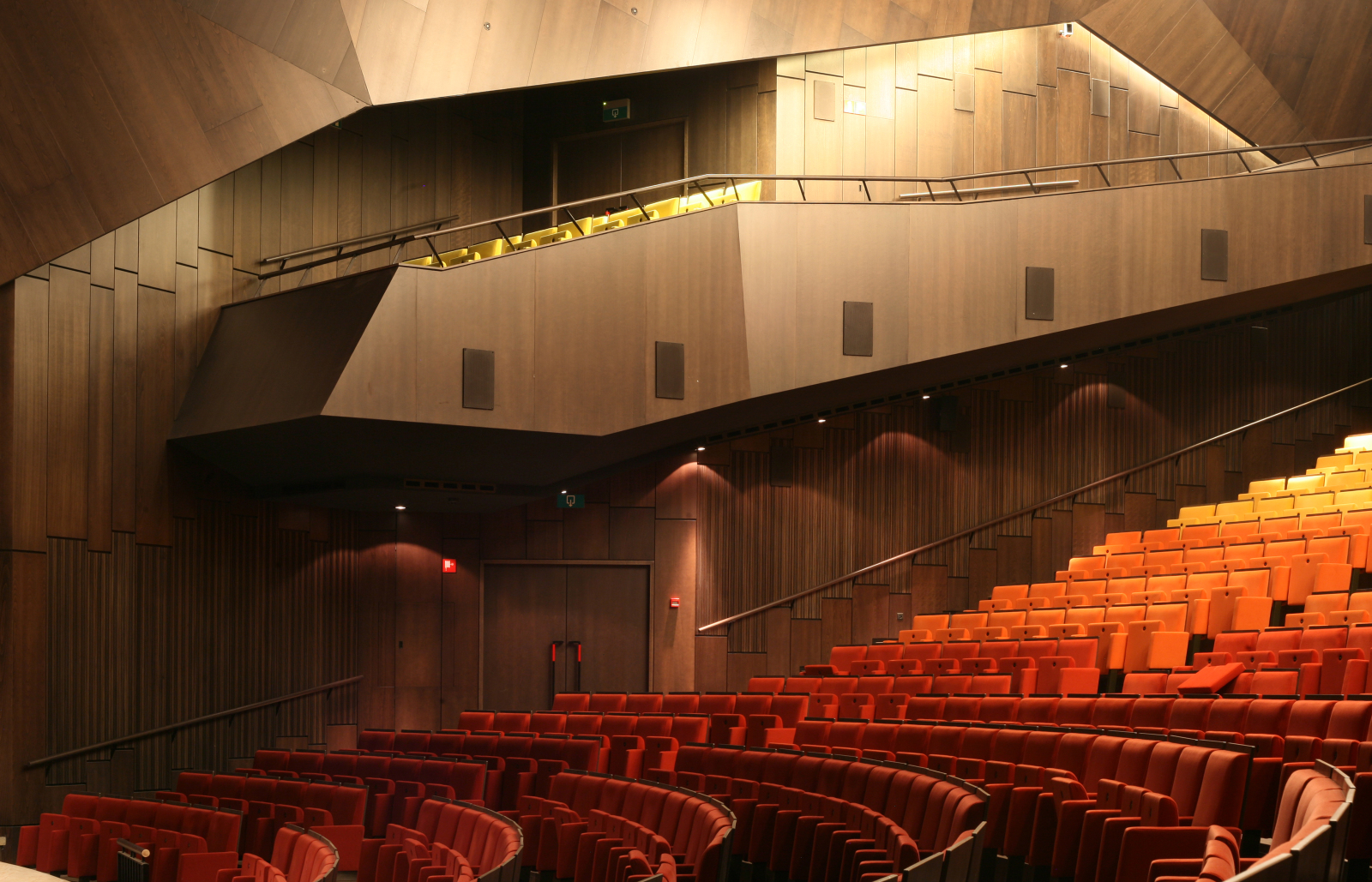 Hasselt’s Cultural Centre was built in the late nineteen-sixties and designed by the architect Isia Isgour. The centre’s design fits in a tradition of modernist architecture, analogous to the designs by the architect Ludwig Mies van der Rohe. All functions have been housed in a single volume, under a single roof. A volume, conceived as a table on steel columns, clad with large glass facades, allowing the outdoor space to transfer seamlessly into interior space, to optimise accessibility. The roof surface is pierced by the stage tower. Opposite this tower, the roof is pierced by a similar volume, to create a patio and to allow daylight to reach the centre of the building. These two gestures define the scenography of the building. The architecture and the interior are functionalist, averse to any ornamentation. A clear concept and definitely one of Isia Isgour’s major works.

For more than 35 years, this centre was used intensively for a wide variety of purposes. The building had in fact reached its end of life. Many small renovations had been carried out in the course of time, affecting the original concept. The character changed.

The focus of activities is narrower today. New cultural centres develop in town. The Cultural Centre marks itself increasingly as a city theatre and exhibition hall. An overall renovation was essential. In 1996, a master plan for the building and its surroundings was drawn up in collaboration with AA S Architecten (Luc D’hooge and Roos Werckx).

The primary concern was the renovation of the heart of the building: the main theatre. The hall needed various improvements: a greater capacity – from 800 to 890 seats – better acoustics, more involvement between audience and stage, and a larger, flexible proscenium.

From a previously open, ‘arena’-like space, where to see and to be seen was of some importance, the hall was converted into a more enclosed area, exclusively focused on the stage.

To increase the hall’s capacity, two side balconies were connected, creating a new full-size balcony. This new balcony was suspended in the room. The hall’s volume was increased by raising the ceiling. The room is clad with a crown of folded surfaces, whose folds and profiles disperse the sound throughout the hall. The lines of sight in the hall have been improved, for example by shortening the side walls.

The orchestra pit has two stage lifts, allowing greater flexibility for the proscenium. This means that various stage extensions can now be made. There central zone can be partly closed, making it possible to play up to the centre of the room.

These interventions have provided the theatre with more options and a greater capacity, as well as making the experience more intimate.

This intimacy is strengthened by the use of specific colours.

The colours of the seat upholstery run from dark brown to bright yellow in the back of the hall, thus creating an optical shortening.

A second intervention concerns a cut through the building. 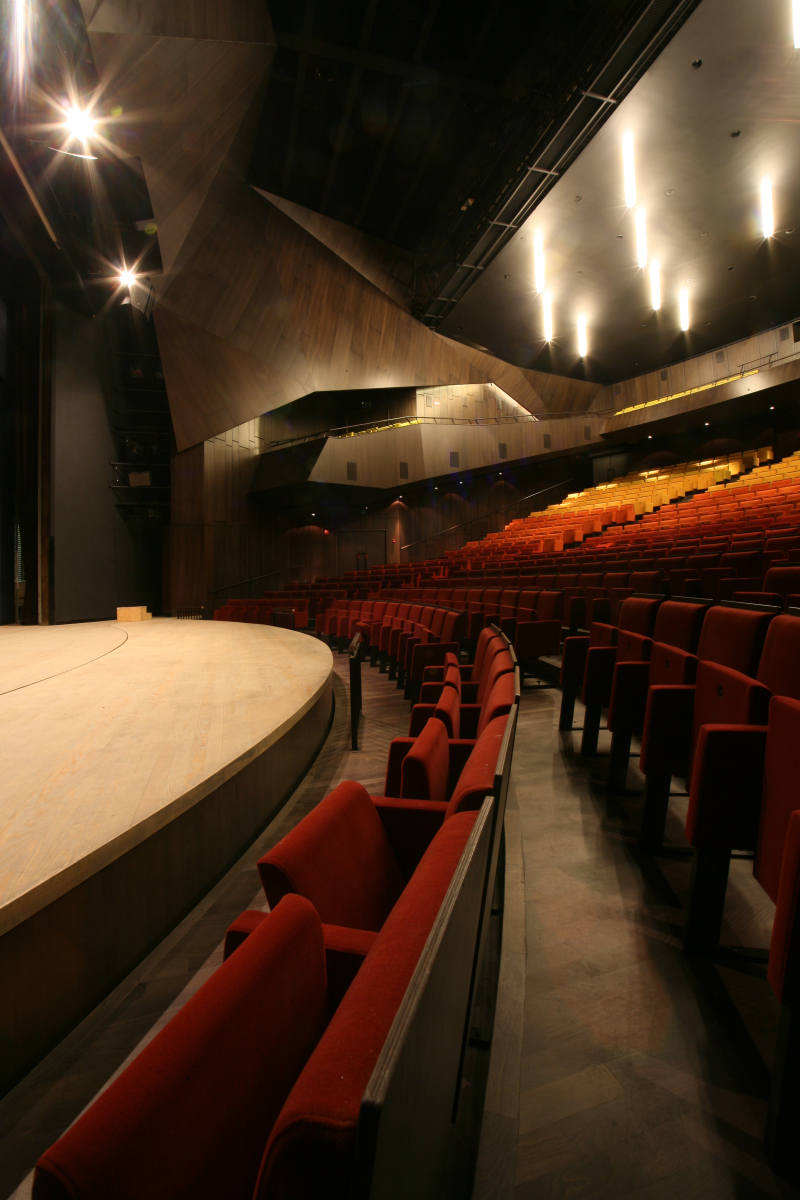 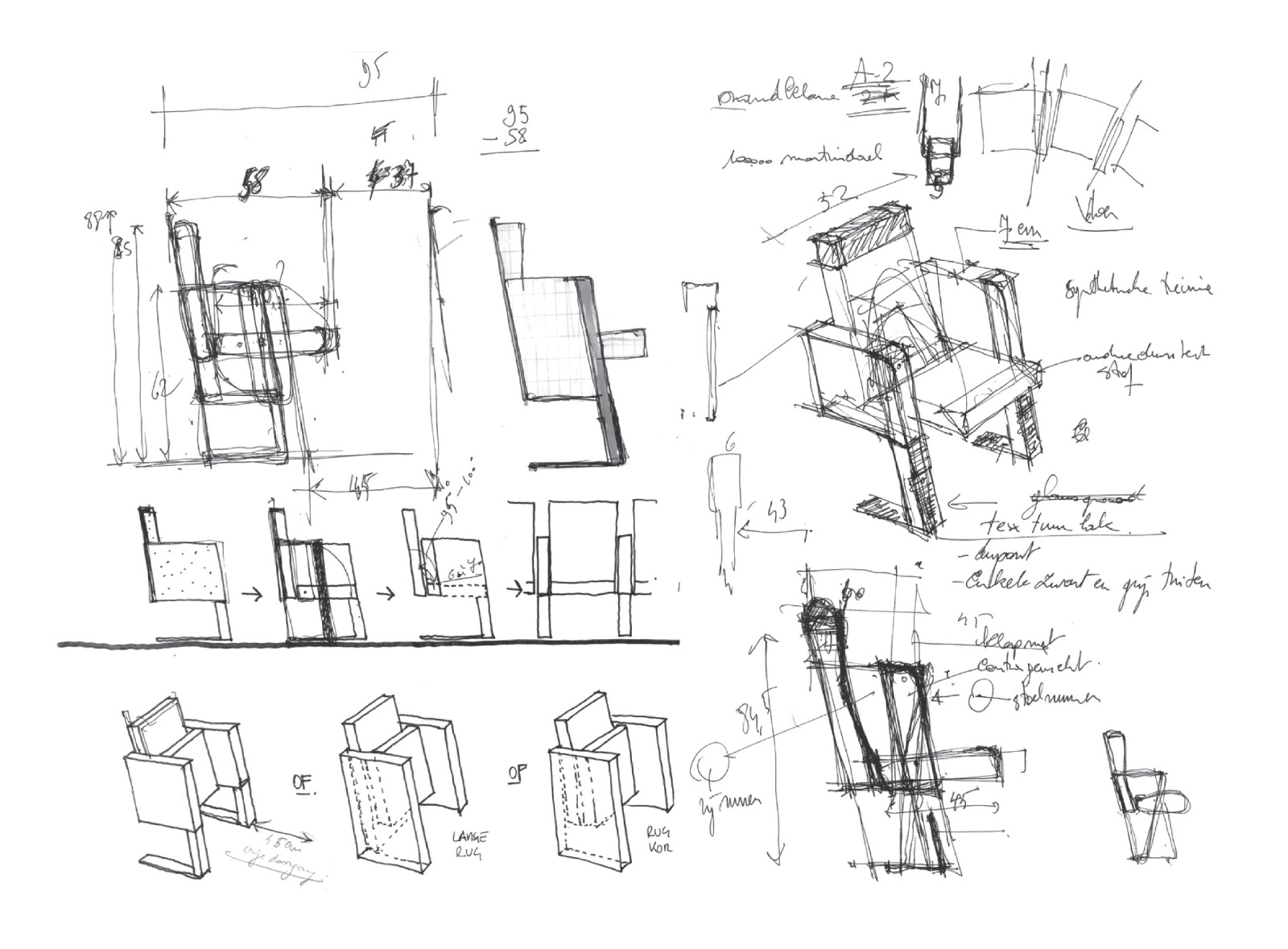 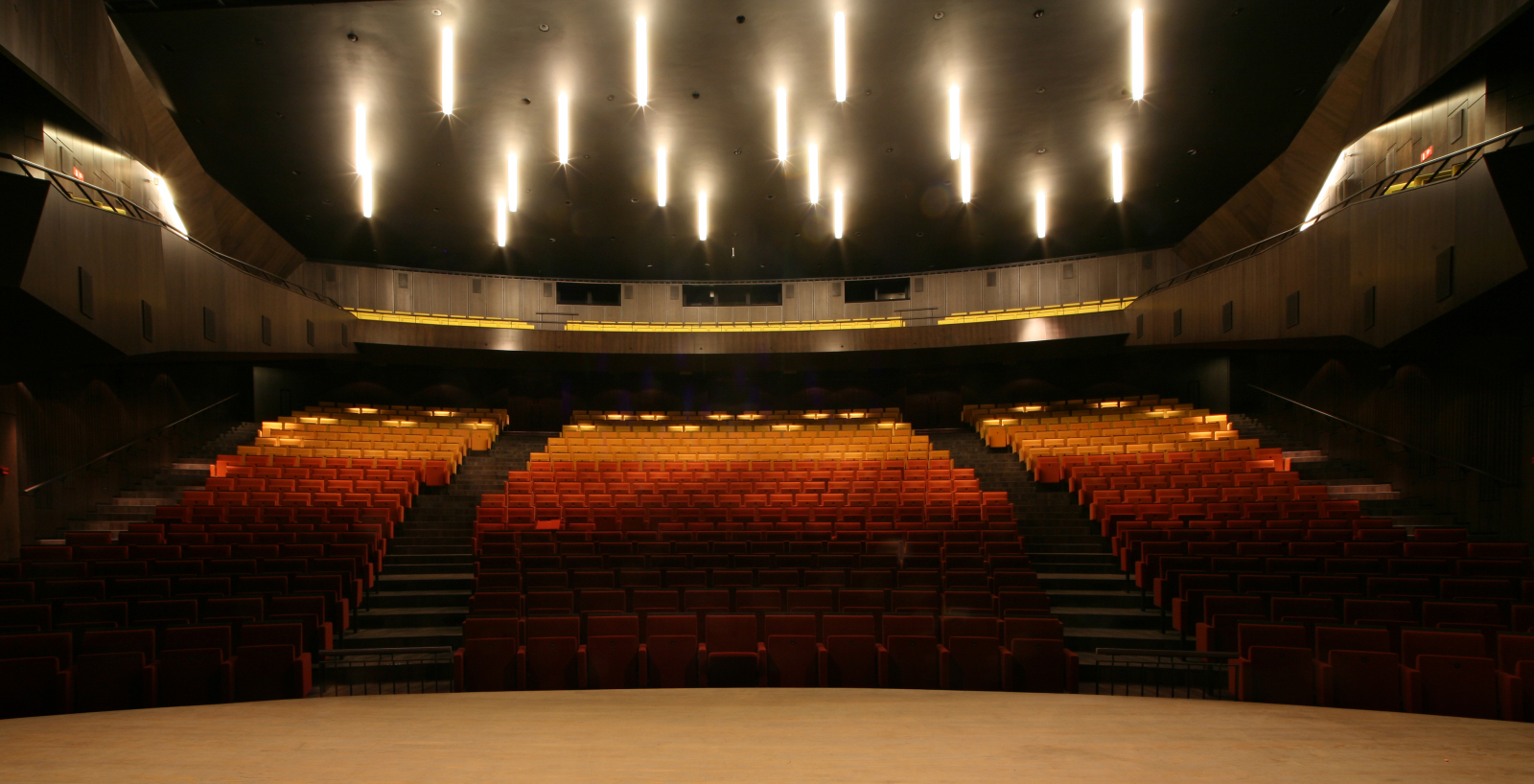 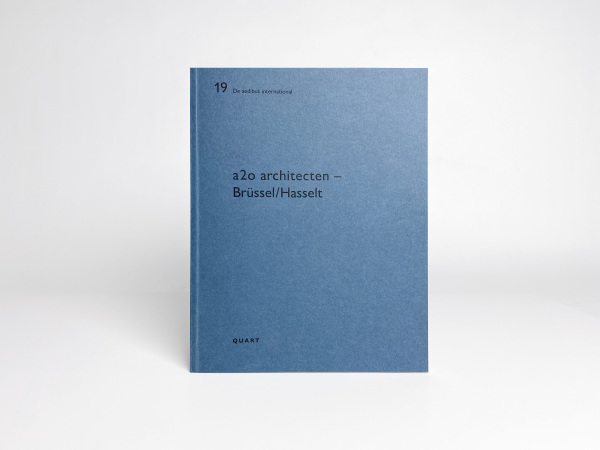 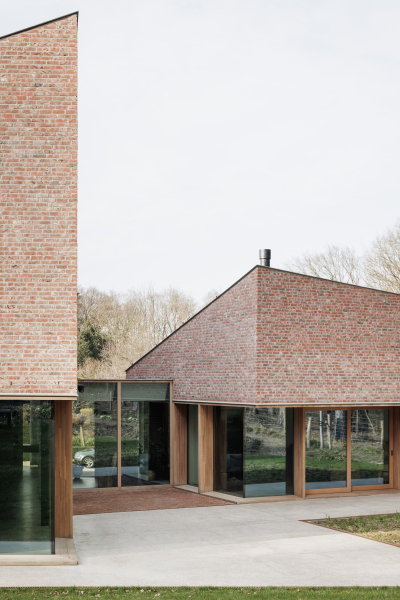 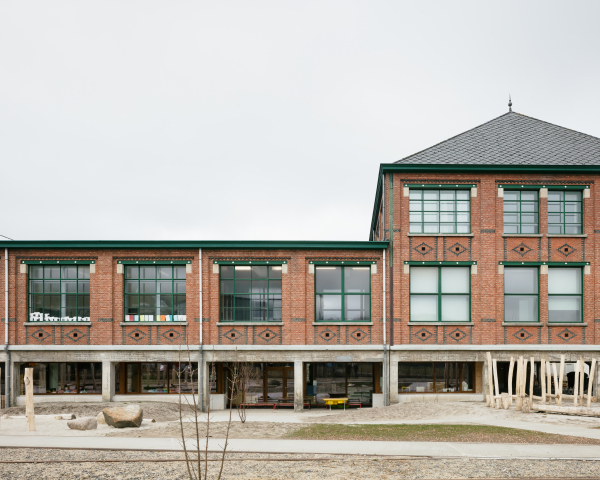