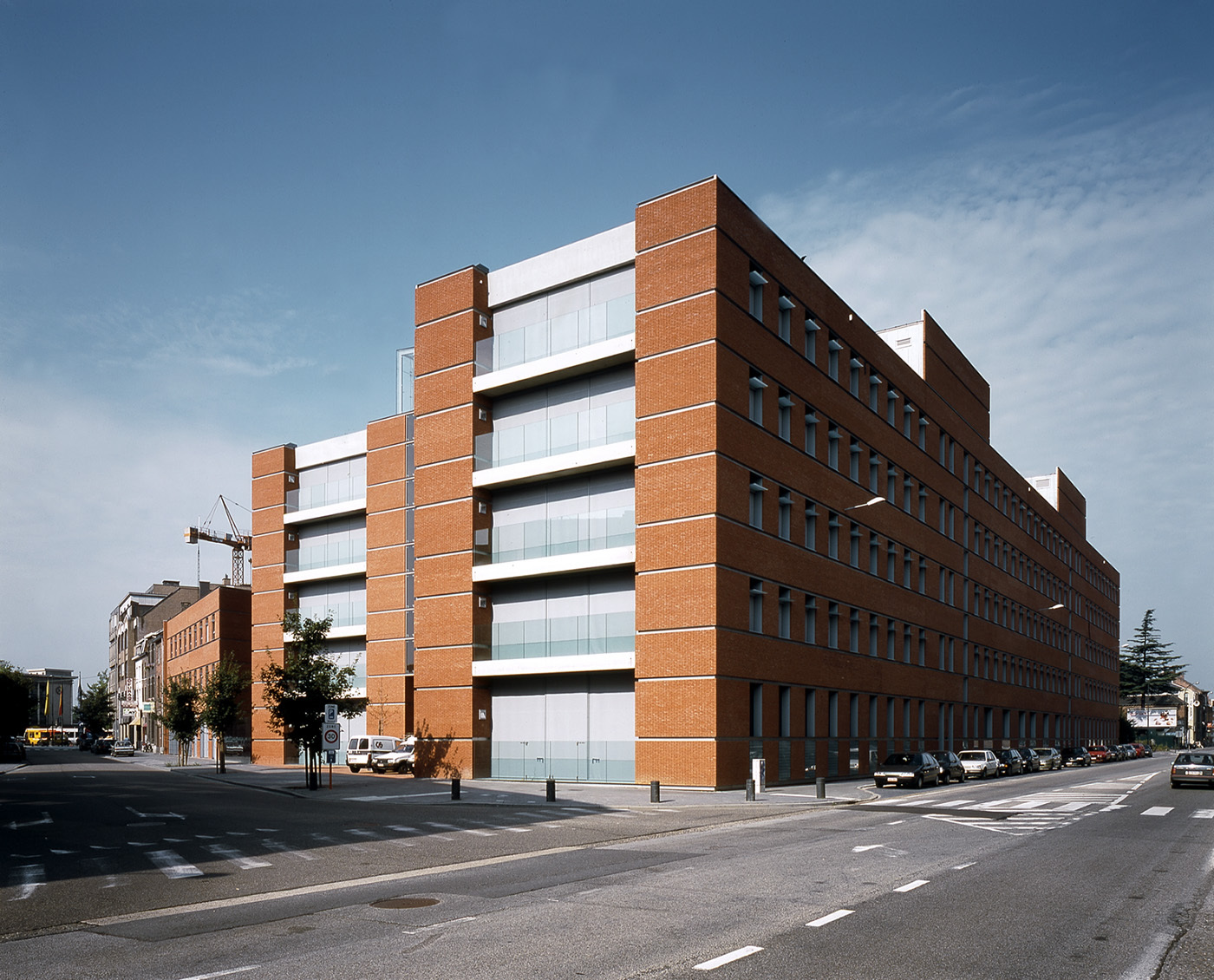 In 1995, the then Minister for Finance, Public Health and Budget, Wivina De Meester, wrote a policy note in which she pointed out the government’s leading role in the pursuit of high-quality architecture in Flanders. Using the image expressed by its public buildings, the region is able to present itself as a community that aims for quality in general. Establishing Flemish Administrative Centres, the Flemish Community wishes to create a ‘recognisable presence’ in each of the provincial capitals. The Flanders House in Hasselt should therefore be the concrete expression of what the Flemish Community stands for: openness, accessibility and sustainability.

Being recognisable is not just a question of design. The location, site, architecture, and the concept of the building combine to determine its recognisability. The importance of the location is its accessibility and it was not a coincidence that the area around the station was selected. A public building of such a size has a great impact on this neighbourhood. The centre became a lever for innovation and has a structuring effect on the development of the district. It is an ‘urban sign’ within Hasselt’s city structure.

The two parallel main buildings are intersected by a covered passage that provides access to the building’s public facilities and also constitutes a public walkway that is linked to the pedestrian and cycling routes of the surrounding streets and squares.

This makes the centre as a public building an essential component of the public, social space of the city.

The orange/red facing brick have been glued together to form a monolith, a seamless fabric. The structure as a whole has been reduced to modular elements. This radical reduction of materials used, combined with the essence of construction and technology, have made this centre a sustainable building, with a transparent and compelling form. A construction that is ready to adapt to different purposes over time. Sustainability here concerns not only the material, but also the utilitarian aspect: owing to its functionality, ease of maintenance and high degree of flexibility.

Mindful of the statement “the best air conditioning is no air conditioning”, a cooling system was developed that better suits the highs and lows of the outdoor climate, and makes use of the heating capacity of the structural elements of the building itself.

The widened cavities of the outer walls hide a network of air ducts, which withdraws cold air from the underground car parks during the night and transports it through the cavities to push it into the structural system. This allows the building volume to cool down completely and to distribute this coolness in the rooms during the day. Instead of adding an air conditioning system to the building afterwards, the technology has been included in the design from the earliest stage: the large structural span necessitated the use of hollow vaults, which in turn could be used as air ducts. This eliminates the need for suspended ceilings and therefore constitutes an example of a transparent and sustainable construction method. 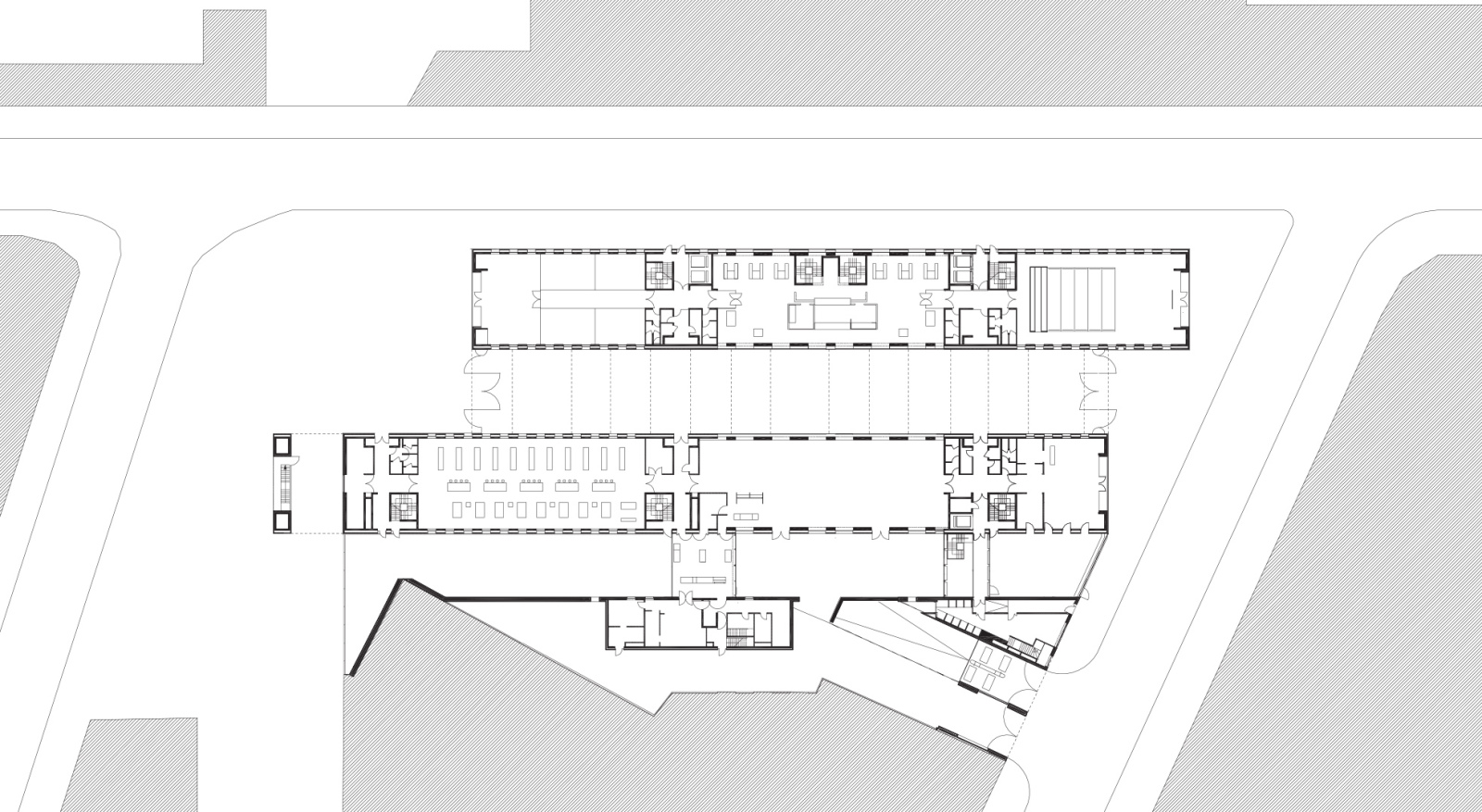 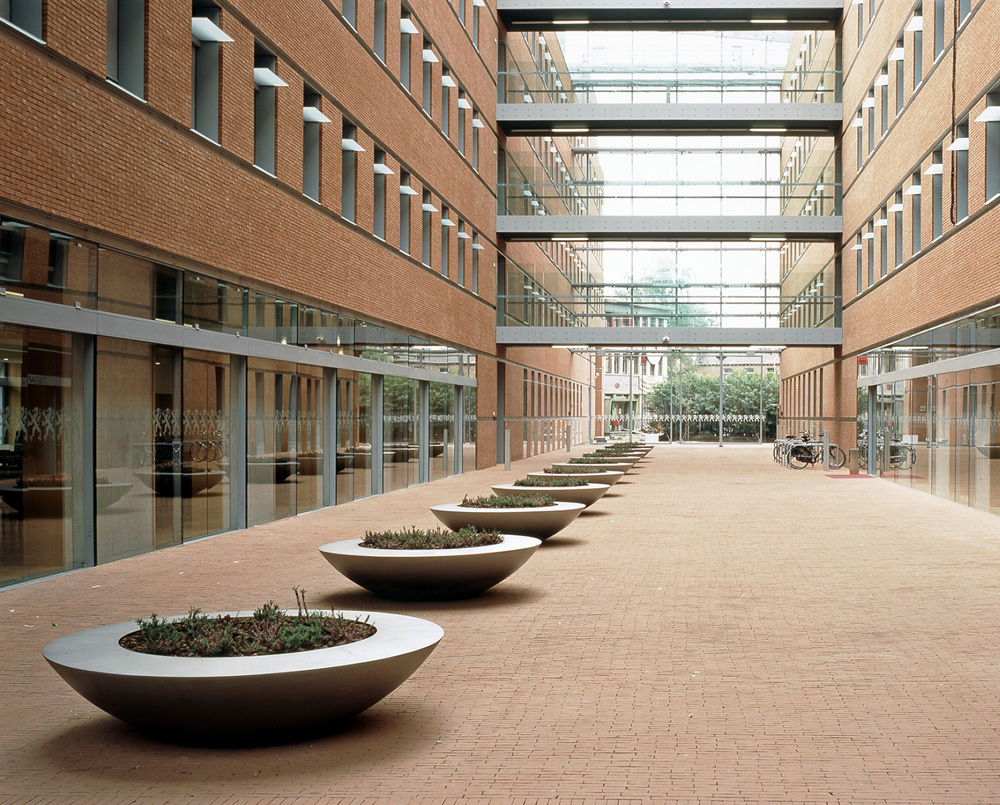 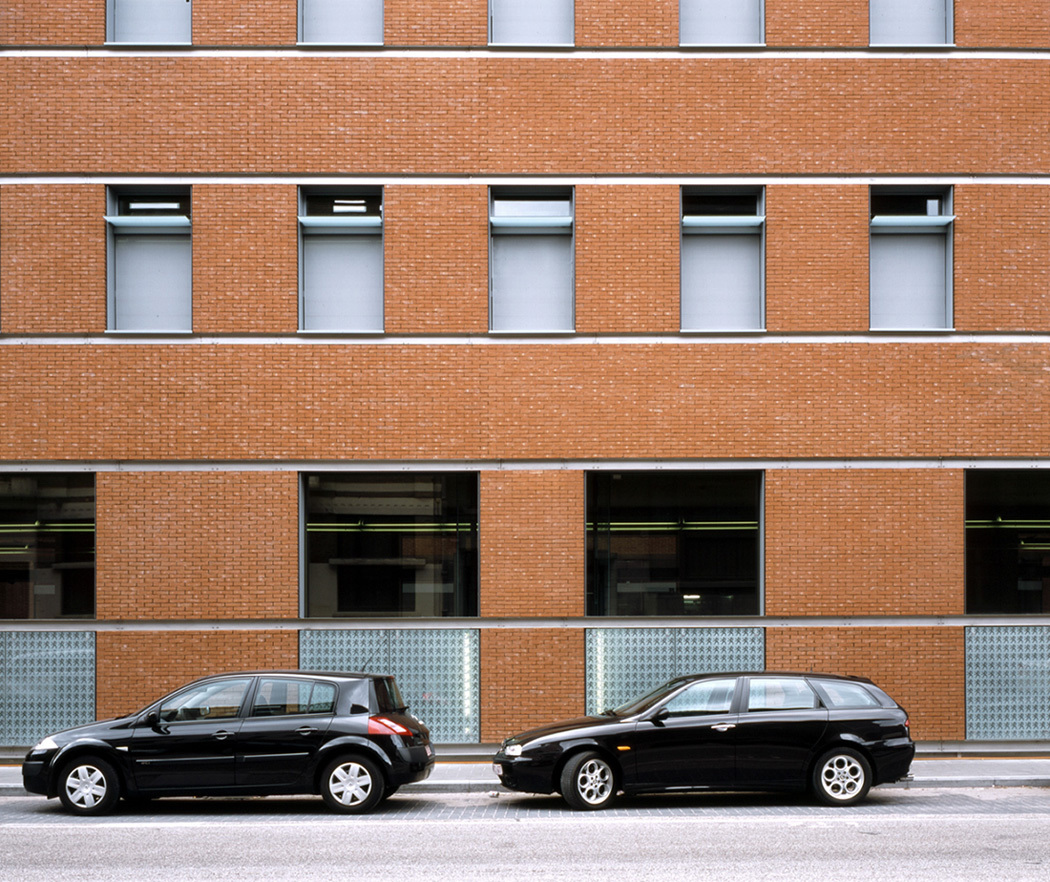 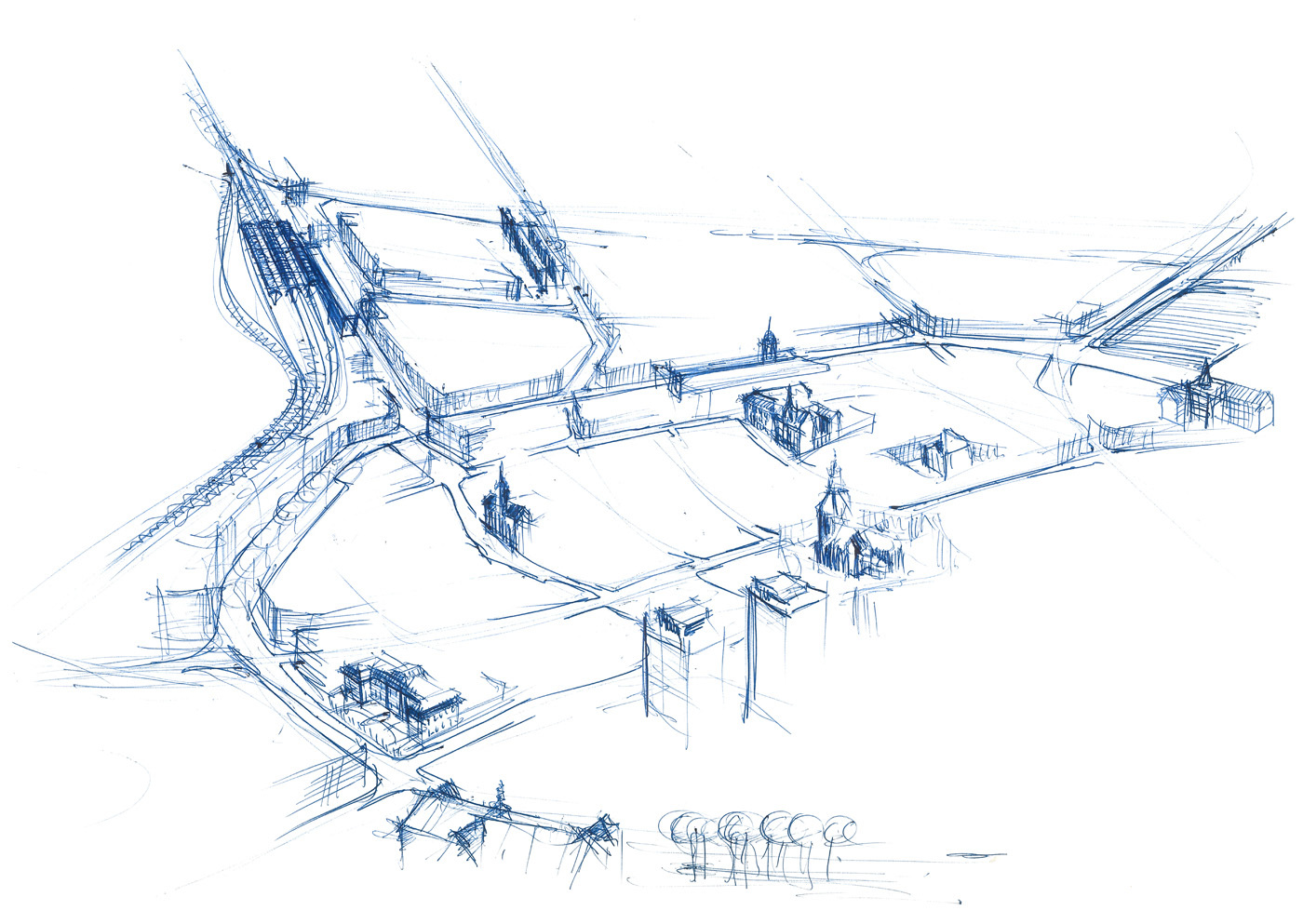 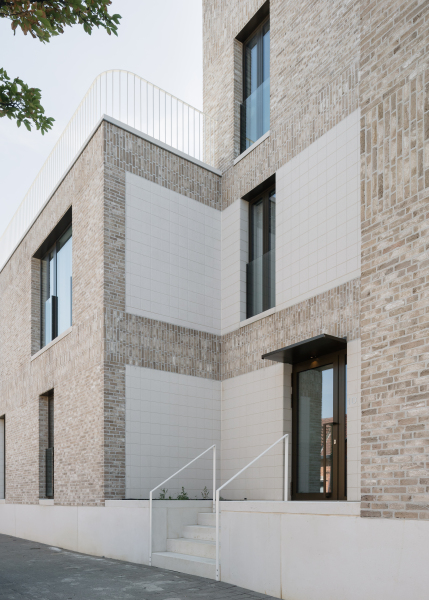 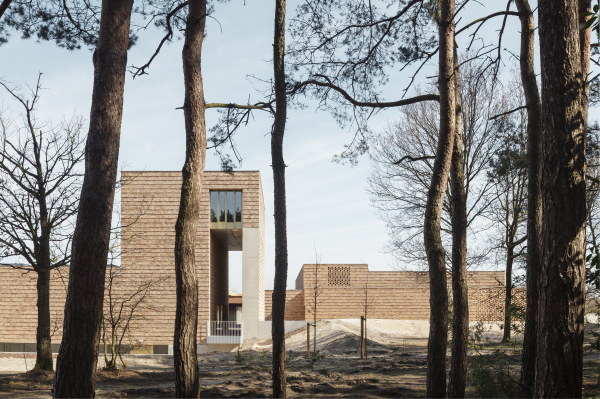 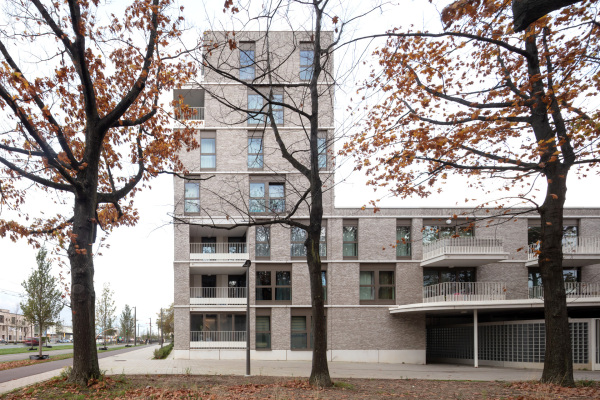